You can access the Project Version Manager by clicking the project version dropdown in the Documentation Editor and then selecting Manage Version, or by clicking Versions in Settings.

By default, when a project is created in Document360, it is labeled "v1", set as the main and public version.

Making a version public doesn’t automatically show the articles it contains. In order for articles to show in a public version, they must be published.

Depending on the size of your project, it may take a few moments to add a new project version.

Once a project is created, you can apply four different states to it: 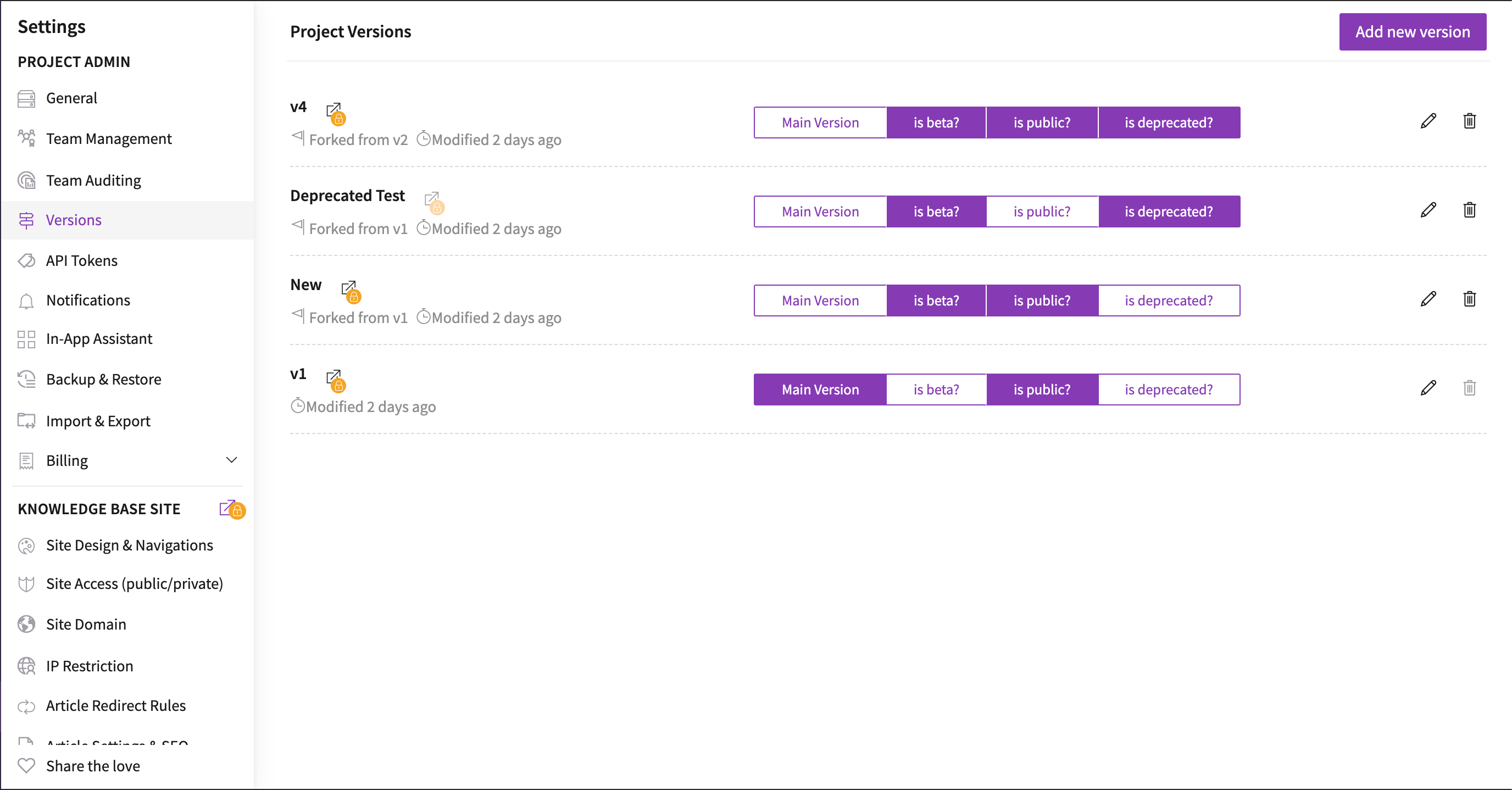 Here is an example of a knowledge base with beta and deprecated versions.

To change or apply a project version state:

We use our own and third-party cookies to understand how you interact with our knowledge base. This helps us show you more relevant content and ads based on your browsing and navigation history.